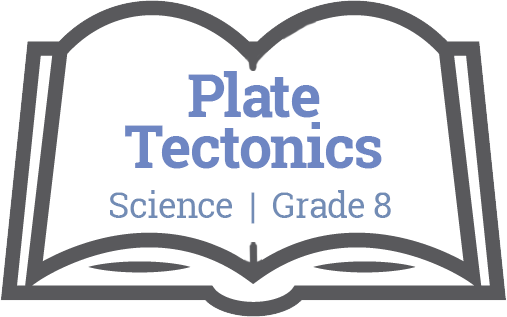 Lesson 1 - Layers of the Earth

KWL with the class using the guiding question: How many layers of the Earth are there? What are they?

> Inquiry – different substances with different densities and students are to layer them like the layers of the earth. Students should be able to use density to explain how it works

Science Journal: Analogy- show a picture of a chocolate bar and have students develop an analogy of how the layers are related to the layers of the earth (T). See an example below:

1. Place a Milky Way candy bar on a paper napkin.
2. Cut down the middle of the candy bar.

3. Don’t forget to eat the layers of the Earth!

What’s happening in the Earth?

Hook: Boil rice in water – Students will observe rice move in a circular motion. Students will make observations of what they are observing in their science journals (A & M)

How does movement within the earth cause changes at the surface?

> Thinking Routines – Connect-Extend-Challenge. Have students share out to class (page 132 in Making Thinking Visible)
> Class brainstorm of the evidence for the movement of the plates from the article

What processes occur at the plate boundaries that could impact Earth’s features?
Why do we think plates are moving?

Hook: What causes mountains to form, earthquakes to shake and volcanoes to erupt? Class discusion

Lesson 6 - Geological Formations and Changes to the Earth

What do geological formations (mountains, trenches, volcanoes) tell us about how the Earth changes and will continue to change?

Hook: Show a video of earthquake or volcanic damage? Without sound, have students infer what it was about.
Inquiry: (M & T)

> Is there a relationship between volcanoes and earthquakes?

> Is there a way to determine what parts of the world are prone to earthquakes and volcanoes? How do you know?

> Look for pattern and relationships between plate boundaries and earthquake data

> Seven Factors that contribute to the destructiveness of an earthquake (Smithsonian.com) article

> The Great Quake and the Great Drowning

> How did earthquakes affect the personal lives of the people you read about?

> How did earthquakes affect their communities as a whole?

> Were there differences in the reactions of the writers from different time periods? What were they?

Some activities to do with the readings: